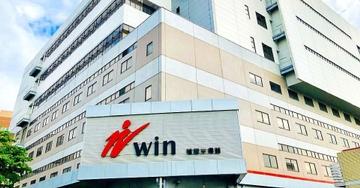 Win Semiconductors Corp, the world’s largest pure-play gallium arsenide foundry, recently said that it expects a 5 percent growth in revenue this quarter from last quarter’s NT$6.57 billion (US$227.29 million) on rising demand for wafers for premium smartphones.
The Taoyuan-based chipmaker produces wafers used in vertical-cavity surface-emitting lasers for Apple Inc’s iPhone 12 series to unlock the smartphones via facial identification, as well as power amplifiers for the company’s first 5G devices.
Demand for Wi-Fi roosters also shows strong momentum due to the remote-working trend, it said.
Those growth drivers would offset orders lost in its business with HiSilicon Technologies Co, a semiconductor arm of Huawei Technologies Co, as Win has stopped shipping chips to the Chinese company after export restrictions imposed by the US took effect on Sept. 15.
“Changes concerning a single client will not affect overall revenue,” Win president Steven Chen told investors in a conference call. “That will only change the share each customer contributes to overall shipments, as long as smartphone demand stays resilient.”
As the chipmaker commands more than 70 percent in the gallium arsenide power amplifier market worldwide, it could quickly fill the void left by HiSilicon, Chen said.
The company is a major or even the sole supplier to most of its Asian clients, he added.
Gross margin for this quarter would plummet to about 38 to 39 percent from 44.8 percent last quarter, as the company is to ship more lower-margin wafers, while shipments of higher-margin products for 5G infrastructure have dropped, Chen said.
Factory utilization would remain at 70 to 80 percent, compared with 75 percent last quarter and 90 percent in the second quarter, due to capacity expansion, he added.
Win has secured a plot for a new plant in Kaohsiung, as it expects strong demand for power amplifiers used in 5G smartphones and compound semiconductors used in 3D sensors, Chen said.
In the three months through last month, the company posted a record-high profit of NT$1.97 billion, up 19 percent from NT$1.65 billion in the previous quarter and 20 percent from NT$1.64 billion a year earlier, thanks to robust demand of 5G infrastructure and Wi-Fi routers amid the work-from-home trend.
Earnings per share were NT$4.68, up from NT$3.94 a quarter earlier and NT$3.9 in the prior year.
The company said that the third quarter used to be the peak season for smartphone sales, but this year many companies have postponed product launches, especially of flagship models, due to COVID-19.
The revenue contribution from technology used in mobile devices dropped to 30 to 35 percent last quarter, down from 35 to 40 percent a year earlier.
The revenue contribution from telecom infrastructure climbed to 25 to 30 percent from 20 to 25 percent a year earlier.
Source: Taipei Times
Kai Chiu (kai@taitra.org.tw)