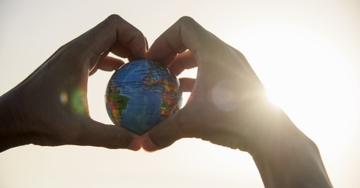 TCI Co., Ltd. was invited to join the 11th Anniversary of Climate Week NYC, one of the top global forums focusing on global climate action.
Since 2009, Climate Week NYC has taken place every year and brings together international leaders from government, private sectors, and NGOs to discuss the potential impacts on agriculture, industry, consumer foods, and energy consumption brought by climate change and to bring forward the action plans that will be taken in the following ten years. This year is its 11th anniversary.
The Climate Group invited world-renowned leaders including John Kerry, the former Secretary of State, Pedro Sánchez, the Prime Minister of Spain, Carlos Alvarado Quesada, the President of Republic of Costa Rica, Mette Frederiksen, the Prime Minster of Demark, Gavin Newsom, the Governor of California, and José Ángel Gurría, the Secretary-General of the Organisation for Economic Co-operation and Development (OECD).
The private sectors participated in this summit include McKinsey & Company, Unilever, Estée Lauder, Johnson & Johnson, IKEA, 3M, and Orsted.
Besides re-examining the performance of the agreements for all the clean energy-related initiatives including RE100, EP100, and EV100, the Climate Group also invited the outstanding leading companies which managed to build a successful business model with the environment-friendly and energy-saving features from a variety of industries. TCI is the company representative of Taiwan to attend Climate Week NYC this year.
Remi Lee, the Chief Sustainability Officer and Spokesperson at TCI, shared the experience as a speaker at Climate Week NYC. “Turn Waste into Gold”, the circular economy based on agriculture by-products, is one of the successful business models that has been conducting by TCI for many years.
The vertical management is started from the very upstream, the farmlands, to supervise the materials. TCI analyzes all parts of the plants by their exclusive methodology, Bio-resource Data Mining, to sort out the potential active ingredients for products. Until now, TCI has successfully developed high-performance products by acquiring the active ingredients from by-products such as banana peels, banana flowers, peanut skin, and different kinds of unripe fruits. These products also provide exclusive competitive advantages for their customer brands and additional profits for those contract farmers. It managed to build a win-win business model for consumers, brands, farmers, and TCI (the manufacturer).
For example, the endemic species, Taiwan red quinoa grows in TCI Sunrise Park. The shelled red quinoa which is cultivated by organic methods can be used as a staple food. The extract from the husks of red quinoa can be an active ingredient for a functional product designed for reducing glycosylation of collagen and the occurrence of wrinkles. The dregs of red quinoa are added to noodles as the source of dietary fiber. The dregs left after the manufacturing process of noodles are fermented by microorganisms to make organic compost, and the compost is used as the fertilizer for the farmlands. The value of red quinoa can be exploited completely to achieve the most ideal circulation for re-utilization.
Remi Lee also shared their energy-saving strategies for factories. TCI built the factory with LEED Silver Certification from U.S. Green Building Council (USGBC) to save energy and adopted self-supply through installing solar panels on the roofs. The electricity produced accounts for 15% of the total energy consumption of TCI.
This business philosophy featured with sustainability has generally been recognized by brand companies and helps TCI win orders from those giants in the cosmetics industry. They successfully established green supply chains with stable profits and are further named on the lists of RE100 and EP100, the leading organizations for renewable energy, energy efficiency, and sustainability. They are running neck and neck and leading the industry with those giants such as Google, Amazon, Microsoft, and Facebook on the endless journey of sustainability.
On behalf of the global biotechnology industry and its home country, Taiwan, TCI shared its valuable experience in developing the sustainable operation model with good profits at the 11th Anniversary of Climate Week NYC. TCI’s experience took the forum by storm. They had great communication with leaders from governments and enterprises across the globe. It is convincing TCI will be followed by more and more enterprises with the same beliefs and values.
Source: TCI Co., Ltd.
Wayne Lin (waynelin@taitra.org.tw)